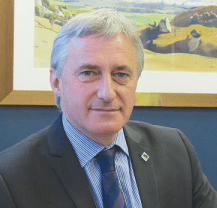 Dr. William Rolleston is a farm leader in New Zealand. This country is a global leader in dairy farming and so has been facing some of the same anti-dairy activism we see in Washington state. A recent speech to a New Zealand institute was titled: “Science in a Post-Truth Era.” In it, he made some very valuable observations and offered spot-on advice for farmers in our area. Here are some comments but I encourage you to read the whole article:

On the “war on farming”

“We’ve watched the war on farmers grow since the coining of the phrase ‘dirty dairying’ by Fish and Game some 15 years ago. Even in the last few days I’ve heard farming leaders talk about the hatred directed at farmers, and that NZ has a ‘cowphobia’ and that this election has created an urban-rural divide as big as it ever has been.”

“Those who work to change public perception in spite of the evidence use a number of tactics,” he says. “They cherry-pick data, they drive fear, they oversimplify, they take data out of context. They deliberately confuse correlation with causation and they undermine trust.”

Cost of regulation and what farmers need to do

“We have seen constant ramping up of regulation with costs borne by the farmers. Perhaps society should consider how our positive such as the ecosystem services farmers provide every day can be recognised.”
Farmers need to take charge of the narrative. It looks like they are behind the game on water quality, when in fact they are ahead. Given ownership of the problems, they would find solutions that were reasonable, practical and affordable, he said.

Exactly! Save Family Farming’s mission can be defined as farmers taking charge of the narrative rather than allowing the lies against farmers to stand.