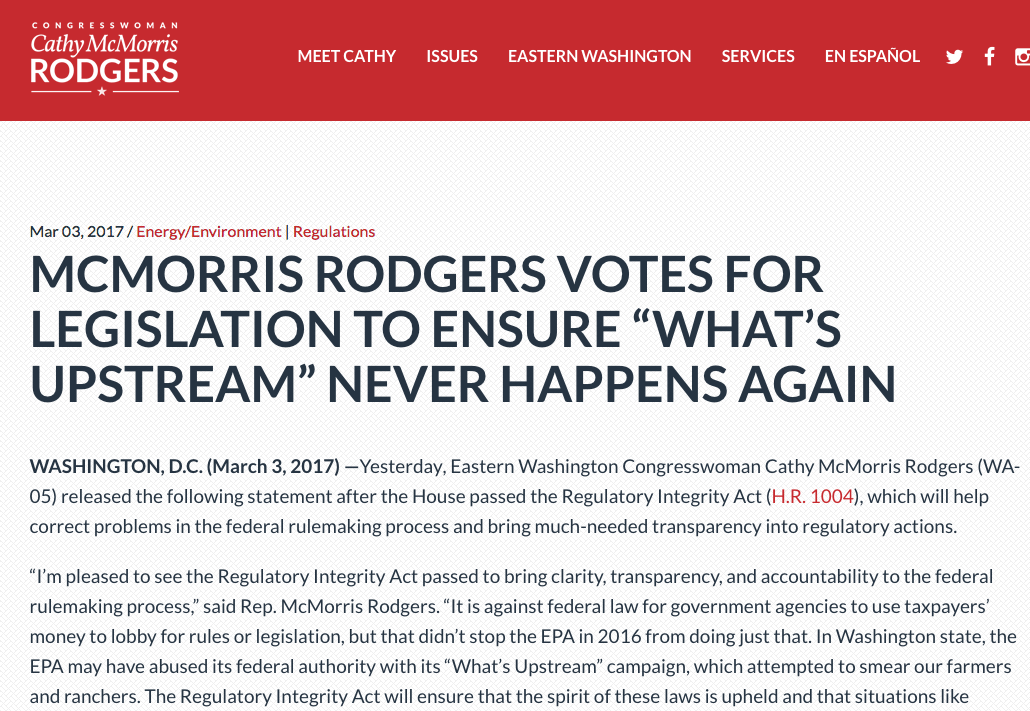 According to this March 3, 2017 press release from Rep. Cathy McMorris Rodgers, the Regulatory Integrity Act is moving forward. She notes that it was the What’s Upstream campaign that triggered this action in Congress to require more accountability from our federal agencies.

We express our deep appreciation to Rep. McMorris Rodgers as well as Rep. Dan Newhouse who has also worked hard on demanding accountability from the EPA, and failing that, forcing the agency to increased accountability through this act. We are deeply disappointed that Rep. Suzan DelBene and Rep. Rick Larsen, both representing many of our Western Washington farmers, have steadfastly refused to stand with farmers against this clear, obvious and very damaging abuse by the EPA. We have not even been able to get a statement of recognition from them of the problem. The contrast between actions by McMorris Rodgers and Newhouse and these representatives is stark.