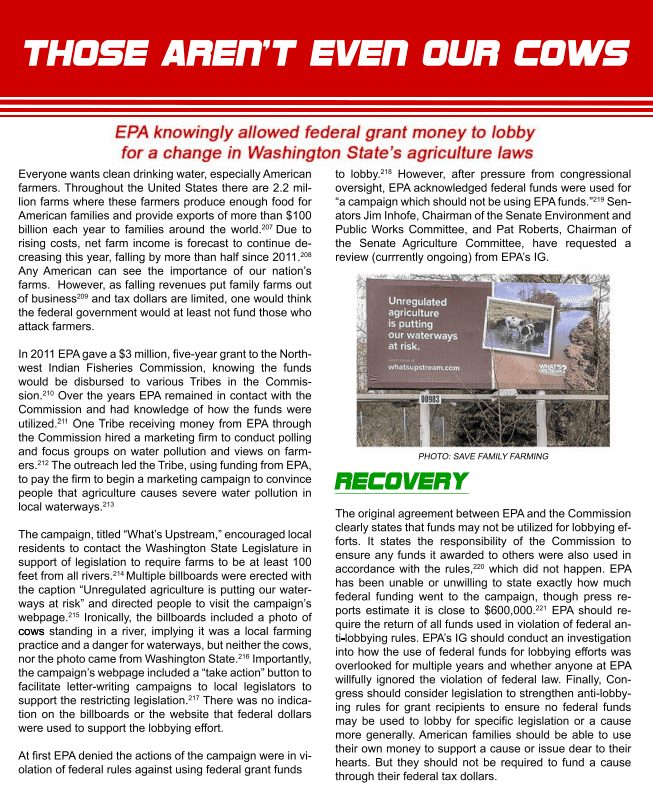 We’re very pleased, but not surprised, to see the What’s Upstream story of EPA abuse getting more Congressional attention. Oklahoma Senator James Lankford released his second report on federal wasteful spending, called “Federal Fumbles.” We believe the report should be required reading for every elected official. He documents nearly $250 billion in federal waste and What’s Upstream is one of them. Assuming the senator is right, the $250 billion wasted is about half of the $500 billion plus current annual deficit.

Titled “Those “Aren’t Even Our Cows,” the report gives a good summary of the What’s Upstream debacle. We fully concur with and appreciate the senator’s suggestions for dealing with this problem both now and in the future. 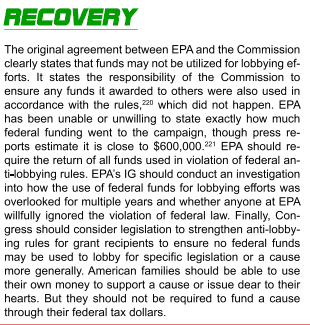