County Commissioners are not only asking the Washington Department of Fish and Wildlife to allow more hunting of the nuisance animals, they’re also requesting the state “cease and desist” from making it more difficult than necessary for landowners to get “elk damage prevention permits” that allow that hunting. 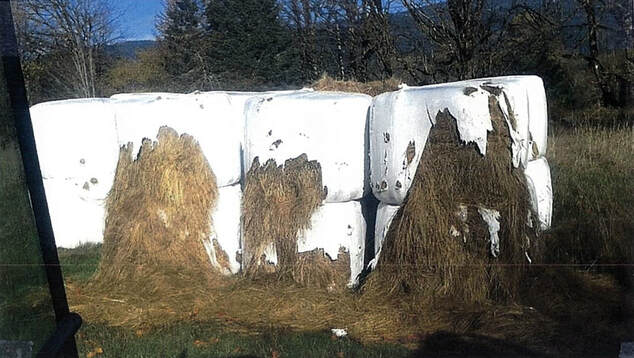 Haylage bales intended to be stored as cattle feed sit ripped open and falling apart after intrusive elk in the upper Skagit Valley damaged them. Skagit leaders estimate elk damage costs in the upper valley into the millions of dollars.

A delegation of Skagit leaders delivered the commission’s official resolution (available below) to the Washington Fish and Wildlife Commission at its Saturday, April 6th meeting in Olympia. 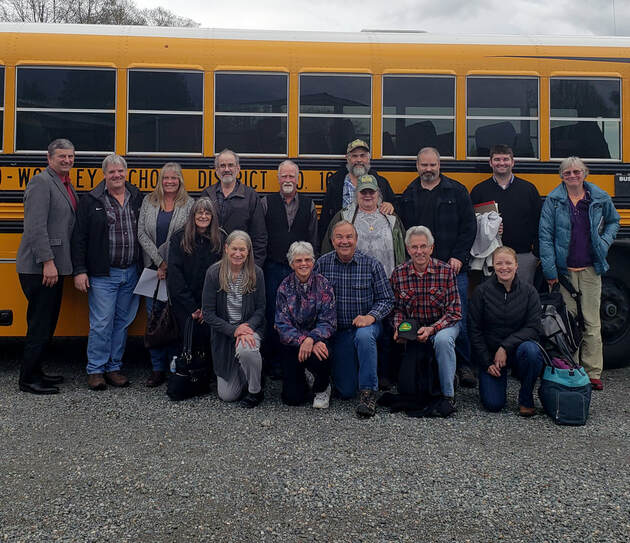 A group of 16 Skagit leaders and affected landowners traveled to Olympia on Saturday, April 6 to deliver a strongly-worded official county resolution asking for WDFW action to protect the upper Skagit Valley community from an onslaught of damage from imported elk.The resolution makes it clear that the elk are not native to the valley floor where they now spend their time, and explains in detail the history of how these imported elk became a major threat to farming in the upper Skagit Valley.

Not only do the imported elk consume much of the pasture grass farmers grow to feed their cattle, cause major damage to many crops, and destroy fences and property, they also are now creating a serious threat to community safety in the area.

Many people have been hurt in crashes with elk on Highway 20, the main route through the area, and even multiple Skagit County Sheriff’s Office vehicles have been seriously damaged in collisions.

Other emergency vehicles like ambulances have had to wait for herds of elk to cross the road before responding to medical emergencies, putting yet others in the community at risk.