Why The Orca Plan Fails

Four inconvenient facts of science show that current plans won’t help save orcas or chinook. But there are valuable things we can do.

This is an updated version of the Orca Recovery video. The previous version incorrectly stated the amount requested to study dam removal. We apologize for the error and any confusion it caused. Please download and share this version only. 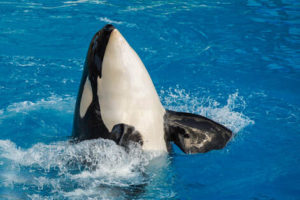 Want to know the real science behind Southern Resident killer whale status and recovery? This 14 minute video will show you that there is indeed a crisis, but it is not what most people think. It will show that despite nearly doubling chinook production in the past forty years, adult chinook populations continue to decline. Some reasons are beyond our control, but other major reasons aren’t.

Will the $1.1 billion requested to save chinook and orcas be effective? Sadly, no. For example, will the $750,000 spent on studying the idea of removing Snake river dams solve anything? No, because the decision is made by Congress not by the Governor or state, and there is already an extensive environmental study underway by the federal agencies involved with the dams. NOAA scientists make perfectly clear why removing the dams will do little to nothing to help the orcas or chinook because the $16 billion spent in fish passage has resulted in nearly complete returns of salmon. Not only would it fail to help save orcas and chinook, it would be a huge environmental loss as 175,000 trucks would need to replace the barges that now carry 10% of the nation’s wheat crop plus much more. And $1 billion of farm production would be affected by the loss of irrigation provided by the dams. Not to mention flood control and power. Simply put, a very wasteful and unproductive idea.

Please read, download and share the position paper below that details the science behind these inconvenient facts.

​This study (2017 Chasco/NOAA) documents the predation issue that, while affecting chinook and orca from Northern California to Alaska, is by far the most significant in the Salish Sea where Southern Residents spend part of the year.

This 2018 (Ruggerone/Irvine) study documents the abundance of North Pacific Salmon.