One important reason to buy US and not imported food 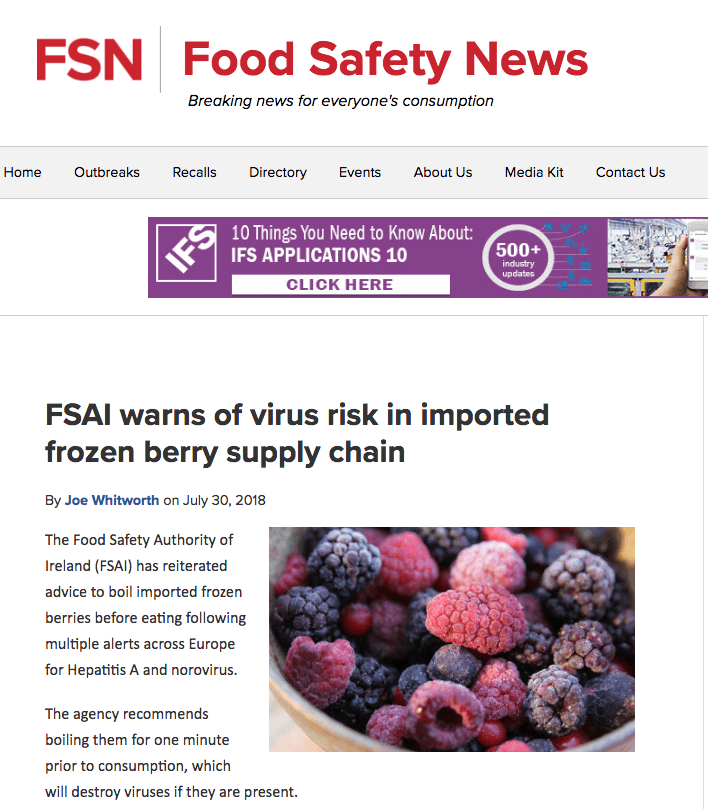 July 30 report highlights health and safety issue with European grown frozen berries. Berries from Poland and Serbia are among those used by many US food manufacturers, distributors and retailers because of low cost. Consumers need to be aware of the health and safety risks of consuming frozen and processed berries grown outside the US. 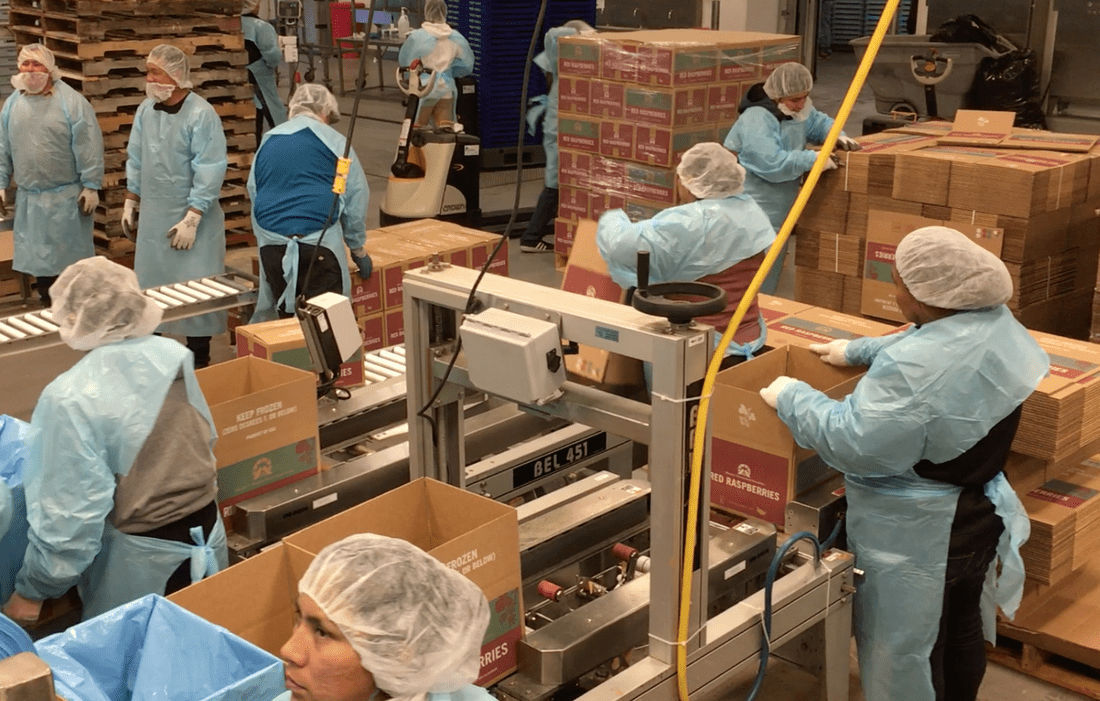 Photos from the 2017 raspberry harvest at a Whatcom County raspberry farm. Processing workers and operations follow strict food safety precautions established by regulations. Many farmer-processors go beyond regulations to ensure the safest food supply in the world. 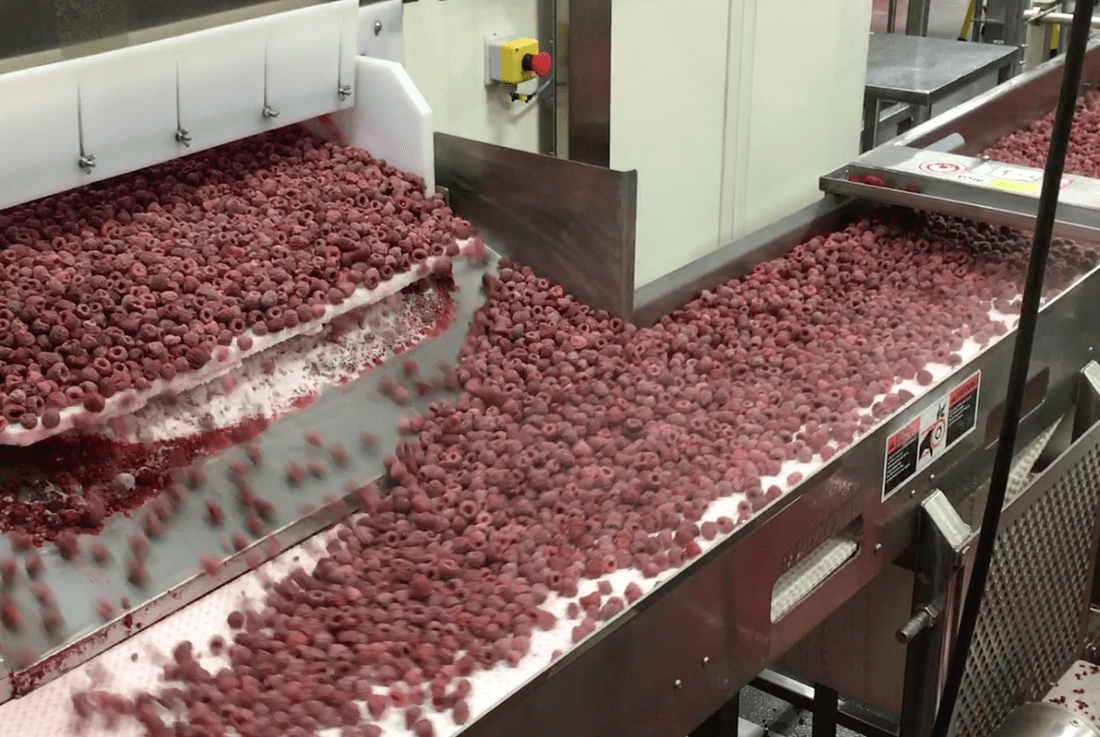 Western Washington’s berry growers are highly mechanized which reduces the growing cost of labor but also greatly reduces human contact with fruit helping to ensure the safest berries anywhere.If you buy frozen berries from Poland or Serbia, you need to boil them before eating according to European health agency. This was reported on July 30 by the US Food and Drug Administration in their Food Safety News newsletter.

​The Food Safety Authority of Ireland (FSAI) has reiterated advice to boil imported frozen berries before eating following multiple alerts across Europe for Hepatitis A and norovirus.

The agency recommends boiling them for one minute prior to consumption, which will destroy viruses if they are present.
FSAI said there remains an ongoing risk in the global imported frozen berry supply chain. There is no evidence that fresh Irish, tinned or fresh imported berries pose a risk.

Ireland is not a big producer of frozen berries for the food service sector for use in cooked and ready-to-eat dishes.

Dr. Lisa O’Connor, chief specialist in food science at FSAI, told Food Safety News that frozen berries are products the public expects to be able to eat without cooking.

“The challenge is in ensuring food safety along a complex global supply chain. Ensuring that in the countries where these berries are harvested and in countries where they are processed into frozen products that there are no lapses in good agricultural practice or hygiene,” she said. “The problem we are facing is that periodic contamination seems to be happening either through poor practices on the farm (e.g. contaminated irrigation water or poor hygiene of harvesters) or at processing level (poor hygiene).

“Sourcing frozen berries where strict hygiene is implemented at harvest (as part of good agricultural practices) and during processing (as part of good hygienic practices) and where evidence of the effectiveness of the food safety management system is available, is an essential critical control point for food business operators making foods containing berries that are not sufficiently heated to kill foodborne viruses and pathogenic bacteria.”

There have been two alerts across Europe for Hepatitis A virus and four for norovirus in frozen berries so far this year.

The RASFF notifications for norovirus include blackberries, strawberries, blueberries, raspberries and blackcurrants from Poland and Serbia.

Between 2014 and 2017, there were 29 European alerts regarding norovirus and four on Hepatitis A, linked to frozen berries.
In June this year, an outbreak of Hepatitis A virus in Sweden that affected 17 people was linked to frozen strawberries from a Polish processing plant.

People became ill after eating smoothies or a dessert containing the imported strawberries that were not boiled before consumption. The same type of Hepatitis A virus, genotype 1B, was found in a batch of frozen strawberries from the processing plant.

O’Connor said as a result of the Swedish outbreak and continued evidence of contamination through the RASFF alerts, the agency re-issued its advice as a reminder to the public of how they can protect themselves and to businesses of their responsibility to sell safe food.

“Microbiological testing is one means of verifying the effectiveness of a food safety management system. However, it should be noted that a negative result for Hepatitis A or any pathogen does not guarantee the safety of a batch, as only a proportion of a batch is sampled and foodborne viruses and pathogenic bacteria do not tend to be evenly distributed in food,” O’Connor said.
The advice was first issued in 2013, during investigation of an outbreak of Hepatitis A virus in Ireland linked to imported frozen berries. It turned out to be part of a wider outbreak, with more than 1,000 cases in 12 EU countries.

Bulgarian blackberries and Polish redcurrants were identified as the most common ingredient in food consumed by affected people. However, this might be because Poland is the largest producer of redcurrants in Europe and Bulgaria is a major exporter of frozen blackberries.

In April this year, frozen pomegranate arils from Egypt were recalled in Australia because they were linked to a Hepatitis A outbreak in New South Wales.

In the United States in 2016, contaminated frozen strawberries imported from Egypt and served raw by Tropical Smoothies restaurants were linked to a Hepatitis A outbreak that sickened at least 134 people across nine states. 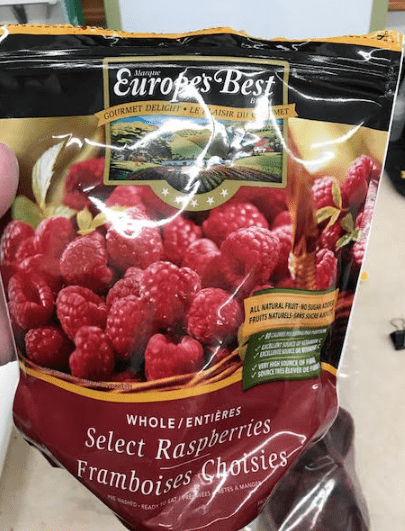 Chinese berries from Canadian packager sickened 630 from norovirus in 2017

The Canadian Food Inspection Agency (similar to the US FDA) has issued a recall of the Europe’s Best brand Field Berry Mixes due to salmonella poisoning.

This follows the illness of 630 consumers in the US and mostly Canada last year from frozen raspberries grown in China. 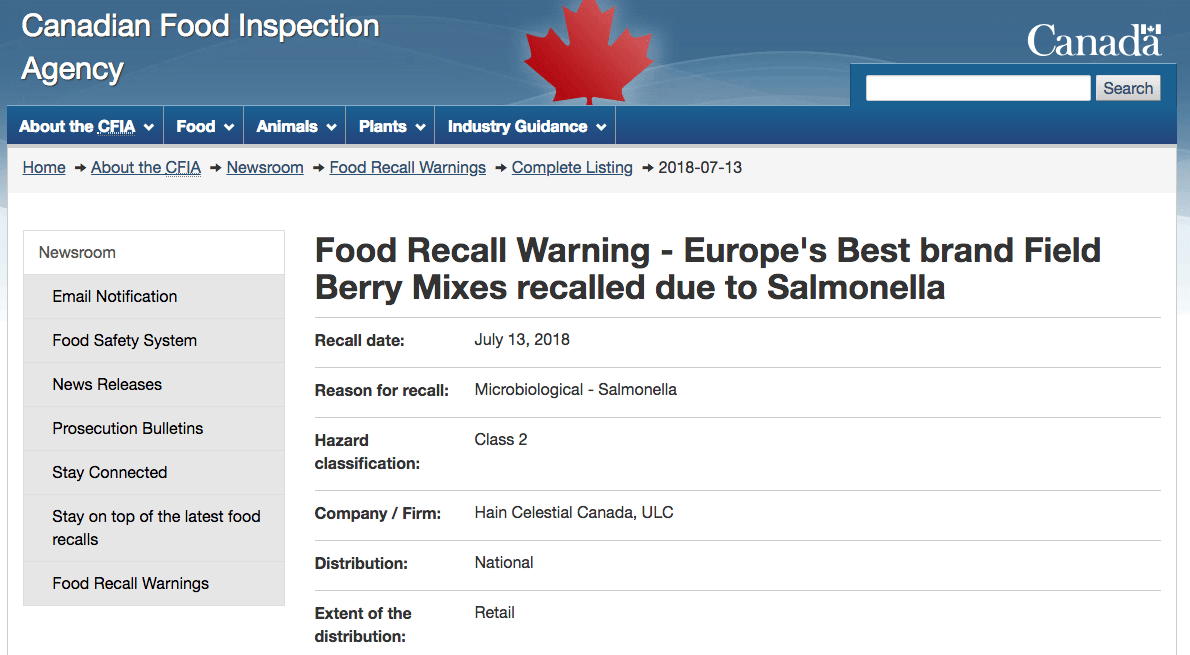 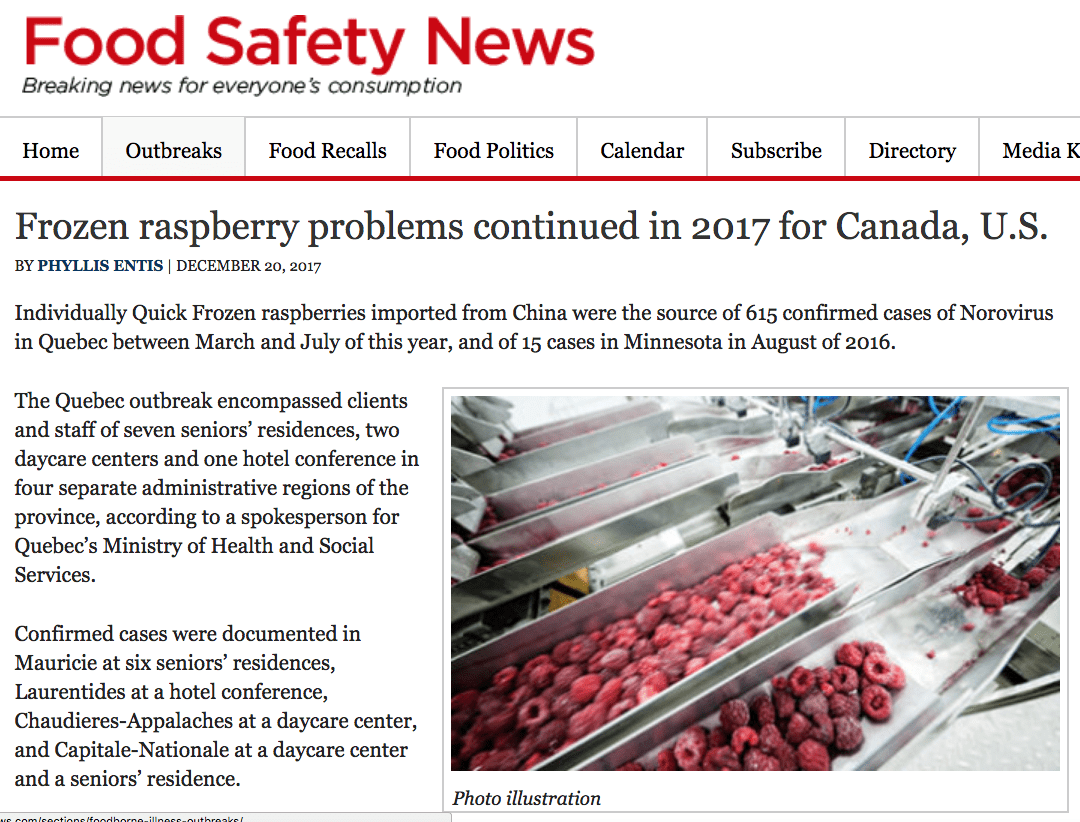