Good news for water and the environment, bad news for anti-farm activists (sponsors of What’s Upstream)﻿

Good news for water and the environment, bad news for anti-farm activists (sponsors of What’s Upstream) 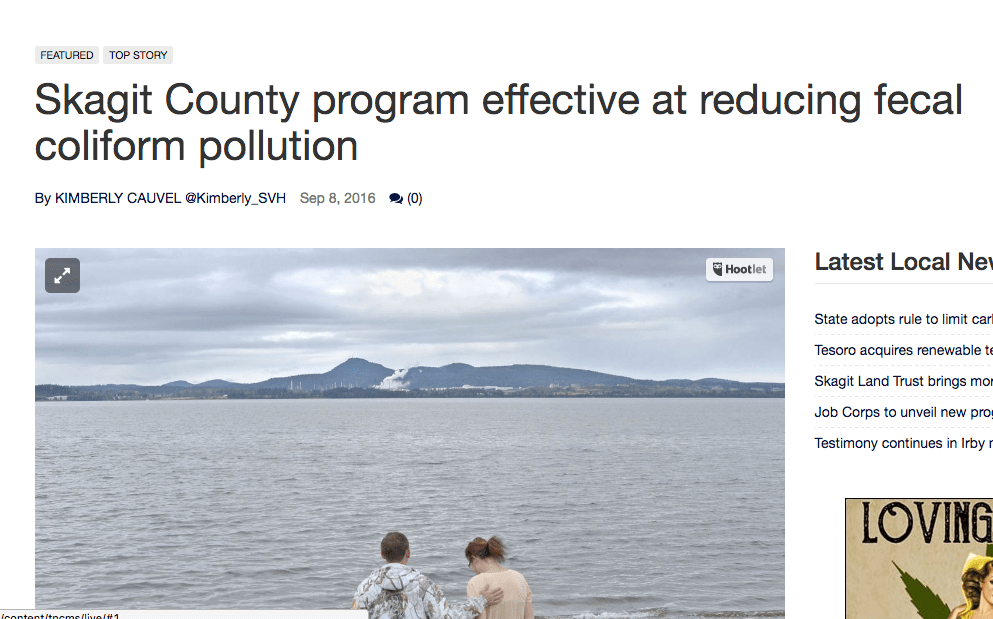 On September 8 the Skagit Herald ran a story about success in reducing fecal coliform in Padilla Bay affecting the swimming beaches at Bayview State Park. The article reports that unlike past years where the beaches had multiple closures due to high fecal coliform counts, this year there was just one.

Why this improvement? A county effort called PIC for Pollution Identification and Correction is largely responsible. A concentrated effort to address the likeliest potential sources — septic systems and farms with animals — appears to have worked. While it is unclear from the story of the measures taken by farmers, it is quite clear that septic systems in the Bayview area were addressed and measures to ensure proper performance have worked.

Why is this bad news for anti-farm activists? The sponsors of What’s Upstream, and particularly the Western Environmental Law Center’s Andrea Rodgers have consistently tried to pin the blame for water quality problems on farmers. Their efforts to sue farmers, prevent farmers from getting the normal protection that other state permit holders for protection against third party lawsuits, plus their so-called “science” research aimed at requiring massive new regulations all would result in loss of many if not most of our farmers. It certainly would accelerate the trend to larger farms as those have more financial capability of withstanding lawsuits and expensive regulations.

This article is one more proof point that it is simply wrong-headed to try to pin the blame for water pollution on farmers. Do farmers contribute? Yes, but much less than before thanks to existing regulations, enforcement and pro-active environmental stewardship demonstrated by the vast majority of farmers. That improvement is continuing.

These anti-farm activists behind What’s Upstream pose as environmental advocates. Really? When their actions will drive our family farmers out of business? What do they think will happen to the land when farmers can no longer afford to farm? All one has to do is to look at the former farming areas such as Northgate, the Green river valley, the 405 corridor, and more recently, the area south of Arlington. That is the future these activists are pursuing. Environmentalists? No. Farmers and those supporting family farming are the ones standing for a better environmental future today.