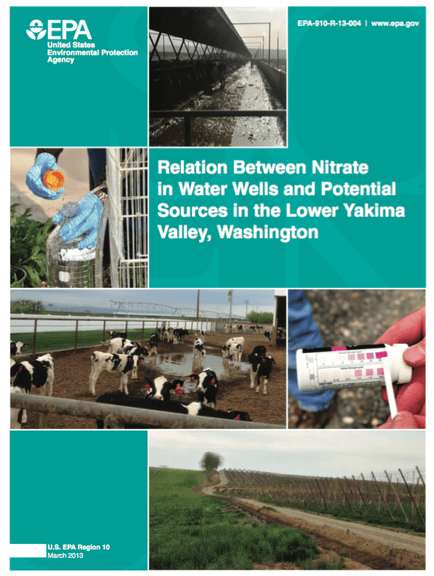 Seen in the context of other actions by the EPA Region 10 under administrator Dennis McLerran, this falsified report presents compelling and indisputable evidence of the animosity demonstrated by this government official toward farming. This is the same administrator who approved, over the objections of his staff, paying nearly $500,000 in taxpayer funds to support a public campaign of lies and misinformation against farmers with the purpose of passing new laws that would remove much valuable farmland from farmers. That campaign, “What’s Upstream,” is now well known nationally as a vivid example of a government agency operating without accountability and against the interests of its citizens.The EPA “science” report from 2012 is here:
https://www.epa.gov/sites/production/files/2017-12/documents/lower-yakima-valley-groundwater-report-2013.pdf