The July 24 story in Capital Press explains the plight of the red raspberry growers in Northwest Washington. Foreign growers are taking advantage of loopholes in trade laws and in some cases illegally dumping berries. Serbia and Mexico are of particular concern as much of the frozen and processed berries now comes from foreign farms rather than US grown. 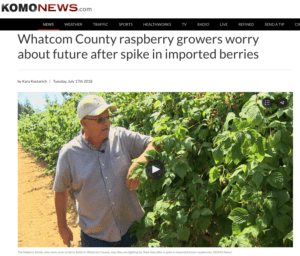 Farm leaders suggest that the 9000 acres of raspberries in Whatcom County could be cut in half in four to five years unless action is taken by our legislative leaders and administration officials.

KOMO TV reports that 90% of frozen raspberries produced in the US are grown in Whatcom County. Soil and weather conditions favor this area along with the multi-generational experience of farmers here who have been growing berries here since the 1940s.

What can administration officials and Congress do?

Here is what the Washington Red Raspberry Commission is requesting. 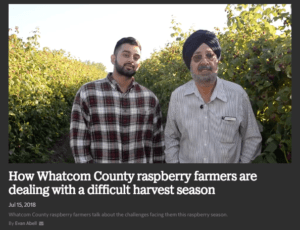