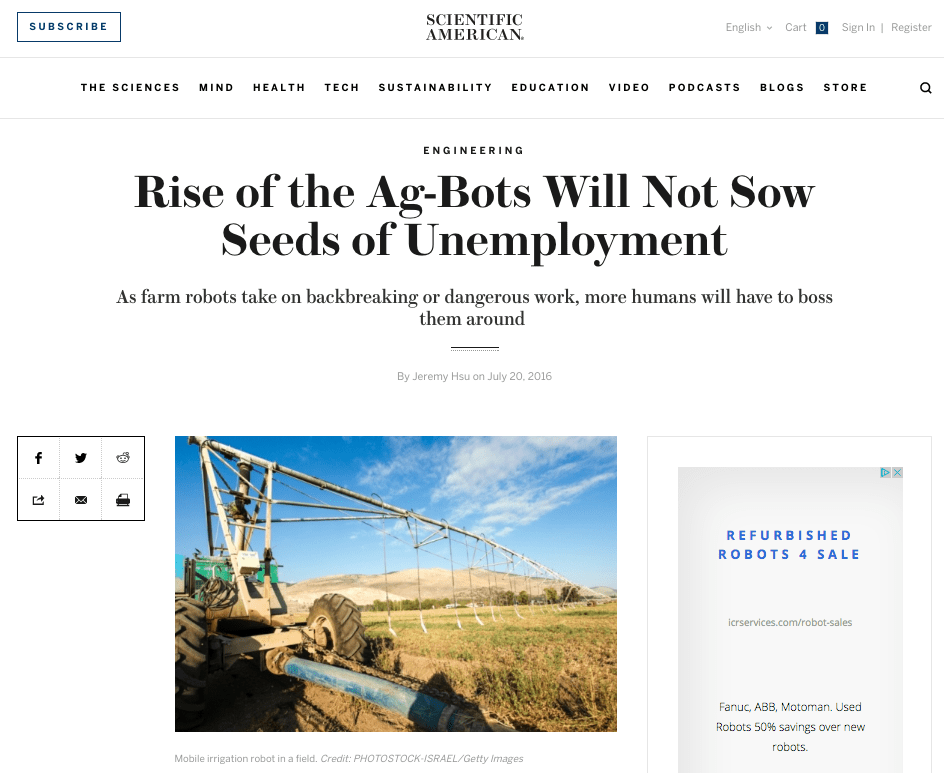 Larry Stap, Save Family Farming’s president, was just featured as a Western Innovator in Capital Press, the West Coast agriculture newspaper. Part of that recognition was for his leadership in standing up for Washington’s dairy farms through Save Family Farming.

Now Scientific American is featuring the fifth generation family farm in Lynden with its three robotic milkers. The prestigious science magazine boasts a global audience of nine million and not just anyone, but a highly educated and influential audience.

The article also highlighted the video on Twin Brook Farms that has reached approaching a half million on Facebook.