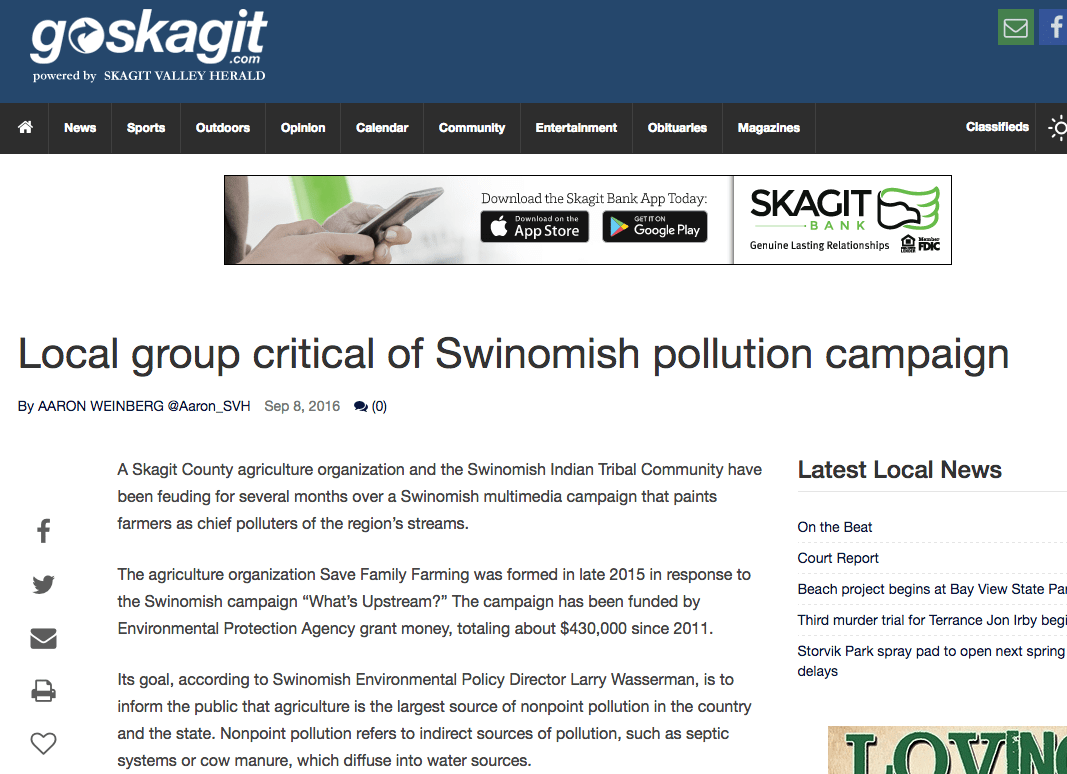 The September 8 story in the Skagit Herald gets a number of things wrong, but the most serious errors are made by What’s Upstream managers Larry Wasserman and Marty Loesch.

As we note in our comments about this story, Wasserman’s claims about the accuracy of the campaign is completely undermined by the numerous edits and demands for documentation of false claims made by EPA staff. Those edits were largely ignored after Wasserman went over the head of EPA staff and apparently got a green light from Administrator Dennis McLerran. Loesch’s comments about it not being a lobbying effort are, well, absurd. This coming from a lawyer and former Chief of Staff of Governor Gregoire, and current Chief Counsel for Strategies 360? Not lobbying? Let’s see what Washington state law and federal laws say about that.

The Skagit story did get a few other things wrong. The amount of taxpayer money spent on this malicious campaign is $655,000 according to Capital Press reports. And Save Family Farming is not just a local group. While it includes farmers and farm supporters from Skagit County it also includes a wide variety of farmers of various products from around the state, as well as non-farmers concerned about this kind of attack on farming and consequences to our environment if these attacks are successful.