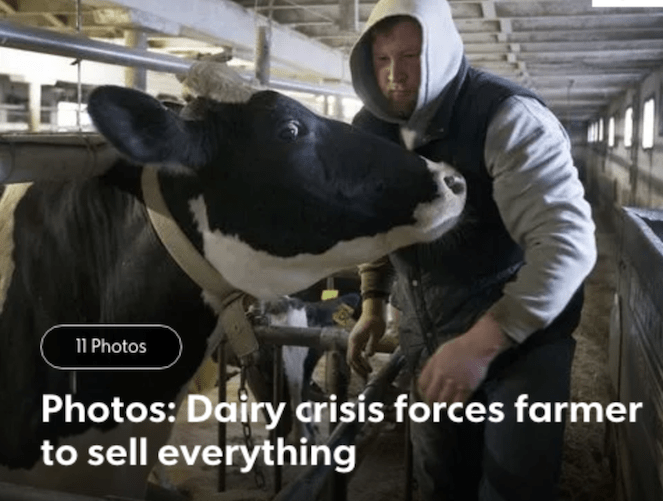 Some seem to think farmers are trying to play the victim card when we talk about losing our farms, and much worse, losing our farmers to suicide. Anti-farm activists refuse to acknowledge that while the primary cause is global economic conditions and trade issues, the lawsuits, demands for more regulation, false accusations just compound the terrible financial situation.

This story from Wisconsin reveals it is not just a Washington state problem, but we share a similar story. It has become international news as this story from the British newspaper The Guardian shows.

Some don’t understand. Sure, farmers can lose the farm but others lose their jobs, too. Why should farmers suffer more or resort to suicide? Most family farms are handed down from generation to generation, with many of them existing for three, four, five generations and even more. A number go back to homesteading days. One of Save Family Farming’s leaders dates his family’s dairy history in the Netherlands back to 1450. Folks, that is before Columbus sailed. The hopes of most family farmers is to pass this legacy on to the next generation of stewards. Farmers in a sense don’t feel they “own” anything other than an opportunity and responsibility to carry on and pass it on. When one is the keeper of that kind of legacy, facing the end of generations of pride and hard work is more than some can bear.

We’re not playing the victim card here. It is a reality that everyone needs to understand. The pressure on our family farmers is real and is likely greater than any previous generation experienced except the Great Depression. Those enduring look forward to those days when they can look back at this time and say “we survived.”