Cyberbullying against farmers: what can be done? 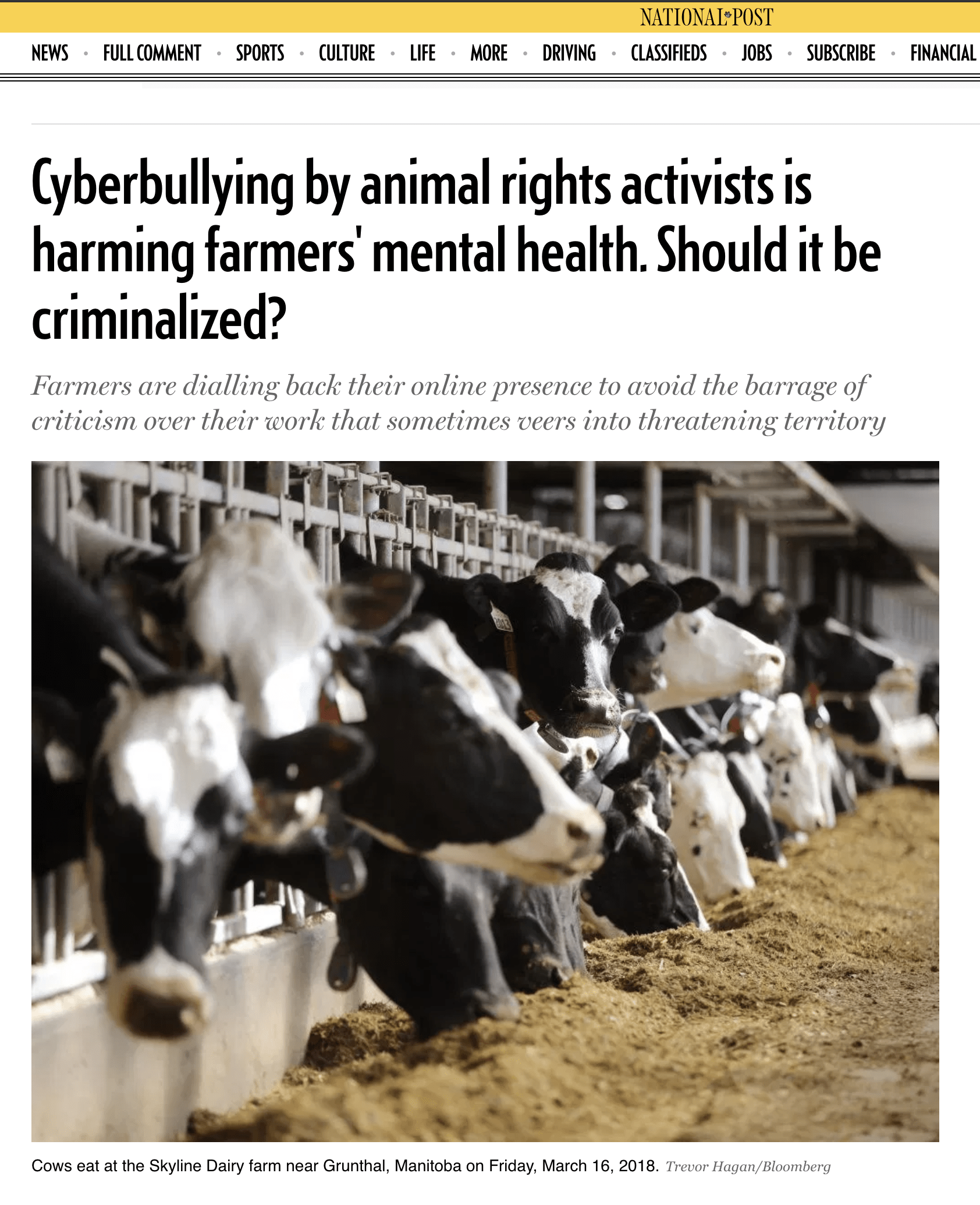 Calls are growing in Canada to criminalize cyberbullying. Farmers active on social media are stopping their efforts to engage and inform because of the extreme abuse of some anti-animal activist-bullies. This article from the National Post in Canada suggests one answer may be criminalizing cyberbullying. A separate article in the Calgary Herald sadly shows that in the face of personal threats and continual personal attacks, even involving their children, strong farm advocates are deciding it just isn’t worth it. This is a tragedy. This gives the ground of public conversation to those people who believe their moral stance justifies the most outrageous, cruel, inhuman behavior. In conversation with one of these, a woman I know said she would be happy to kill someone who hurt an animal. Is there something wrong with this picture?
Canada’s culture and political landscape may tend more toward a government solution such as passing laws. This does not seem the right approach. But neither does it seem right to allow cyberbullies to deny others the right to their opinions. The best way to combat this is for more reasonable people to marginalize those on the extremes. Those who might share the bullies’ views on animal agriculture but don’t believe the best way to achieve their goals is by strangling free speech need to speak out, loudly, clearly and persistently. Owners of social media pages own those pages and have a perfect right to determine who participates in the conversation. Bullies should be blocked from these sites, Facebook and Google should be made aware of it and block them when it becomes too extreme and when the bullying degrades into death threats (as a number have) the authorities should be notified. No one should have to live in fear for expressing their opinion.