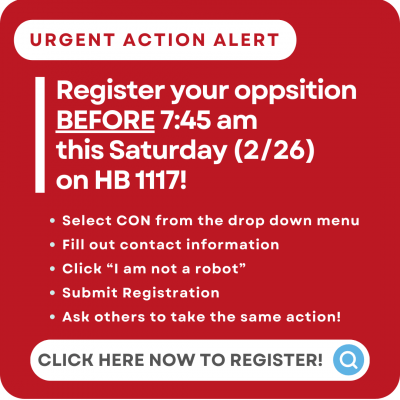 Make no mistake: this proposal is actually another back-door political attempt to force the same massive, farm-killing buffers that were again rejected by lawmakers, experts, farmers and even many environmentalists most recently when Gov. Inslee’s roundly-condemned stream buffer bill was killed by Democratic leaders.

Another Rep. Lekanoff-sponsored proposal that would have created that same tree height-based buffer requirement failed to get support and died in a key committee in late January.

If this concept was so thoroughly rejected just a few weeks ago, why is Rep. Lekanoff working so hard to revive it under a different name?

The bill says the “net ecological gain” applies to all projects involving federal funding. That means the voluntary projects that involve government funds and farmer cooperation will fail –– the same projects that have proven effective in protecting habitat.

The Department of Fish and Wildlife are left to define the required gain, but they have lost the trust of farmers to be fair and reasonable because of their efforts in the abandoned buffer bill.

And why is the most affected community–Washington’s family farmers–still shut out of any involvement in the process?

Are the motives behind this truly about ‘net ecological gain,’ or just about political power?

Washington’s farming community has always been clear: unreasonable efforts that take away farmland with questionable environmental benefit ultimately end up harming the fish they claim to protect.

Because when farms lose huge amounts of land, they can’t survive, and will inevitably be replaced by urbanization that brings more pavement and salmon-killing stormwater, contaminated with tire dust and other urban pollution.

Do farmers want to protect streams, help restore salmon, steward their land and truly provide “net ecological gain”? Absolutely! And that’s why farmers are so quick to say they produce food on their land guided by the age-old value of “leave it better than you found it”.

For Gov. Inslee to suggest otherwise–as he did very publicly in the Capital Press–is a slap in the face to our state’s farming community that has done much to support salmon recovery efforts.

“I just have to believe people don’t want to see salmon go extinct. If you don’t care, then yeah, I can understand why you wouldn’t like it,” Inslee told the Capital Press in response to farmers’ criticism of his failed buffer bill.

This is downright offensive to farmers who have done more than almost any group to support habitat improvements and a wide range of projects aimed at fish enhancement.

The truth is that this latest proposal brought forward under the guise of guaranteeing “net ecological gain” would do anything but, killing important collaborative conservation work across the state and demanding compliance with still-undefined rules planned to be written not in good faith and collaboration with all stakeholders, but for political advantage by proponents’ allies.

All those who recognized the harm that Rep. Lekanoff and Gov. Inslee’s massive, inflexible stream buffer plan would have caused should take note: that same damaging idea has returned.

Rep. Lekanoff, sponsor of the rejected buffer bill, has made clear her new bill is intended to accomplish the same confiscation of 400-foot-plus swaths — in some cases, thousands of feet — of land along streams.

How many times do farmers have to send the message that farm-destroying legislation that will do little to nothing for salmon are not needed or wanted in this state?