Farming leaders in Skagit County are sounding the alarm about Olympia’s renewed effort to legislate stream buffers, saying the state would end farming as we know it in the Skagit Valley if mandatory, inflexible buffers are enacted.

We at Save Family Farming share their deep concern, and appreciate the clarity their words give to those in Olympia making these decisions.

The choice the legislature faces is stark, and must be visible to everyone in Washington state concerned about the future of salmon restoration, local food production and access, and climate resilience.

The Skagit Drainage and Irrigation Districts Consortium recently produced the document, which we’re sharing here, thoroughly explaining their analysis of Washington House Bill 1215 / Senate Bill 5266, and in their words, “What’s at stake.”

In 1895, Washington passed laws to allow formation of Dike and Drainage Special Purpose Districts. Skagit districts were formed beginning in late 1800s and granted the authority by the state to operate and maintain diking and drainage systems.

In 2017, twelve Skagit County Dike, Drainage and Irrigation Special Purpose Districts formed the Skagit County Drainage and Irrigation Districts Consortium LLC, a watershed management partnership formed under RCW 39.84.200. Collectively, these districts serve 60,000 acres of prime farmland, providing drainage through the operations and maintenance of levees, dikes, pump stations, and over 500 miles of drainage ditches. Without this critical infrastructure, over half of this farmland would be un-farmable.

Recent efforts in support of HB1215/SB 5266, rely, in part, on reports that do not accurately characterize the District drainage system. 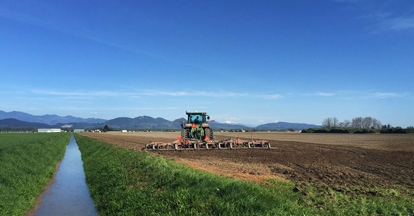 Example of an artificial drainage ditch

The majority of District ditches are not salmon streams or tributaries to salmon streams, they don’t have headwaters, fluvial processes, or gravel. Furthermore, the Skagit District ditches drain directly to marine waterbodies including Skagit, Padilla, and Samish Bays. This system has been in place for well over 100-years and Skagit, Padilla, and Samish Bays are not impaired for temperature.

WDFW has classified the majority of the District ditches as artificial. However, WDFW continues to map the ditches as gradient accessible, which means these ditches often appear as salmon habitat on state maps.

In addition, Ecology does not have a water quality standard for artificial drainage systems that discharge to marine waterbodies. As a result, Ecology has arbitrarily applied salmon life history and/or primary contact swimming water quality standards to artificial ditches which results in erroneously charactering impairment. These misrepresentations and characterizations have led to confusion and misinterpretation by state agencies, which has been exploited to advance efforts to justify the need for mandatory buffers.

Mandatory – one-size fits all buffers – will significantly impair and/or prevent the Districts’ ability to perform drainage maintenance activities required by law and would jeopardize internationally significant farmland, significantly reducing the types and amount of crops that could be grown.

As a matter of public policy, the State can have mandatory one-size fits all buffers, or a fully functioning agricultural economy if international significance in Skagit County. It can’t have both.

We are striving for transparency, inclusion, and a locally developed understanding of natural resource management objectives in our watershed. 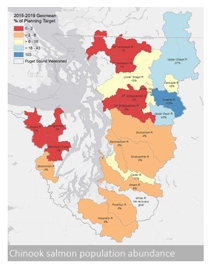 Salmon Recovery and Farmland Preservation is about Balance and Cooperation