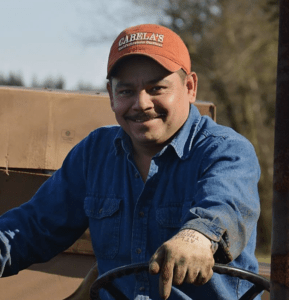 Farm workers work hard and deserve great pay, benefits and protections. You might be surprised at what most farm workers would tell you about the best way to help them.

The information in the document below (download and share it) will provide the facts about farm workers, their jobs, guest workers, how much they are paid, their benefits and other ways they are helped. Washington farm workers are likely the highest paid of any farm worker in the US on average. If a farm worker stays in his or her home country, Mexico for example, they would be paid about $1 per hour minimum wage. That compares to an average of nearly $20 per hour on Washington farms, with the most productive being paid considerably more. Not to mention free housing, free transportation, subsidized food and other benefits available to guest workers and the domestic workers working on the same farm with them. Not to mention that Washington farms have far more regulations to protect food safety, worker safety and health, and environmental care than most foreign farms.

The fact is our farms are finding it very difficult to compete with foreign producers who have far less labor and regulatory costs. The result is most of our fresh fruit now comes from Mexican, Chilean, Guatemalan and other foreign farms. It keeps costs low for consumers, which most consumers likely appreciate. However, the FDA says that imported fruit is five times more likely to have pesticide residues above the limits, and the Centers for Disease Control says food borne illnesses have increased on pace with imported food. Latin American countries are the source of most food related illnesses.

While food safety is a problem with imported fruit, the real concern is for the workers. When our Washington farmers can’t compete with their foreign competitors, they must go out of business or reduce labor costs by replacing workers with machines. That is what is happening. Which means today’s farm workers and their families are losing out on the great pay and benefits provided by our farmers.

Get all the facts here:

SFF How You Can Protect Workers-midrez