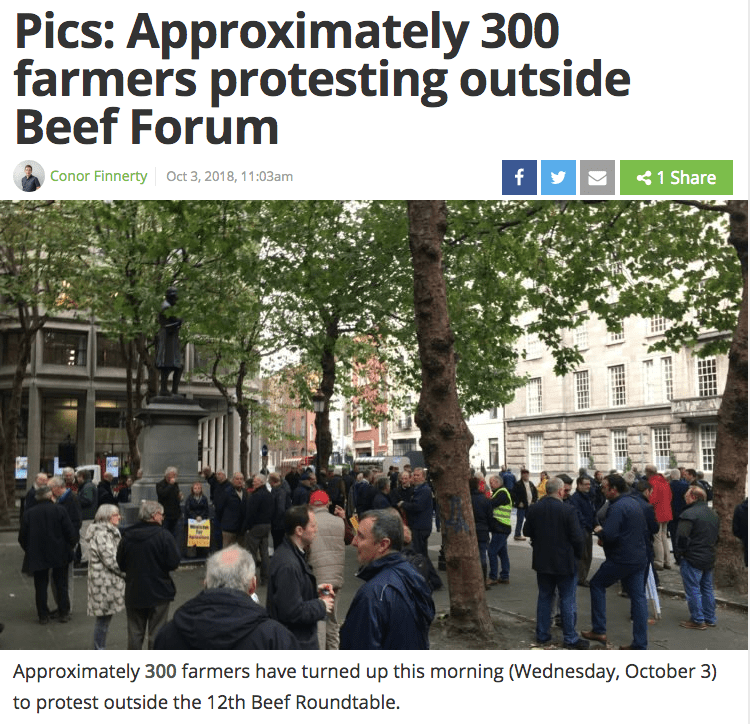 We’ve heard about raspberry growers in Poland or Serbia protesting their government because the berry prices were set too low. Now we see beef farmers in Ireland protesting because of low beef prices.

​This strikes farmers as strange. In part because it seems our growers and farmers see perhaps more directly that prices are ultimately market driven. But, protesting just seems strange and uncomfortable to farmers. It’s what activists do, those fighting for equal rights under whatever banner, or claiming environmental damage. Farmers don’t protest, at least not those around here.

But should they? After all, the media seems to love protesters and activists. They give a great amount of attention to those who claim others are hurting them, or even better, hurting the poor, the innocent, consumers, the greater public. The media live on emotion and particularly outrage and what attracts audiences more than a bunch of angry people pointing at others for harming something they value.

Farmers are beginning to understand that we live in an activist driven world, where reporters rush to loudly report the latest vicious accusation regardless of its truth or falsity, where government agency leaders and elected officials jump to the conclusion that a media report shows vast public concern (when it is there to get eyes on the screen), and where lawyers pile in to leverage the outrage into settlements and legal fees. When you look back at this process it starts with someone accusing someone else, preferably in a banner held in front of cameras.

Farmers are getting steamrolled by this well established process. It looks like farmers in Serbia and Ireland are coming to understand that you fight fire with fire.
​